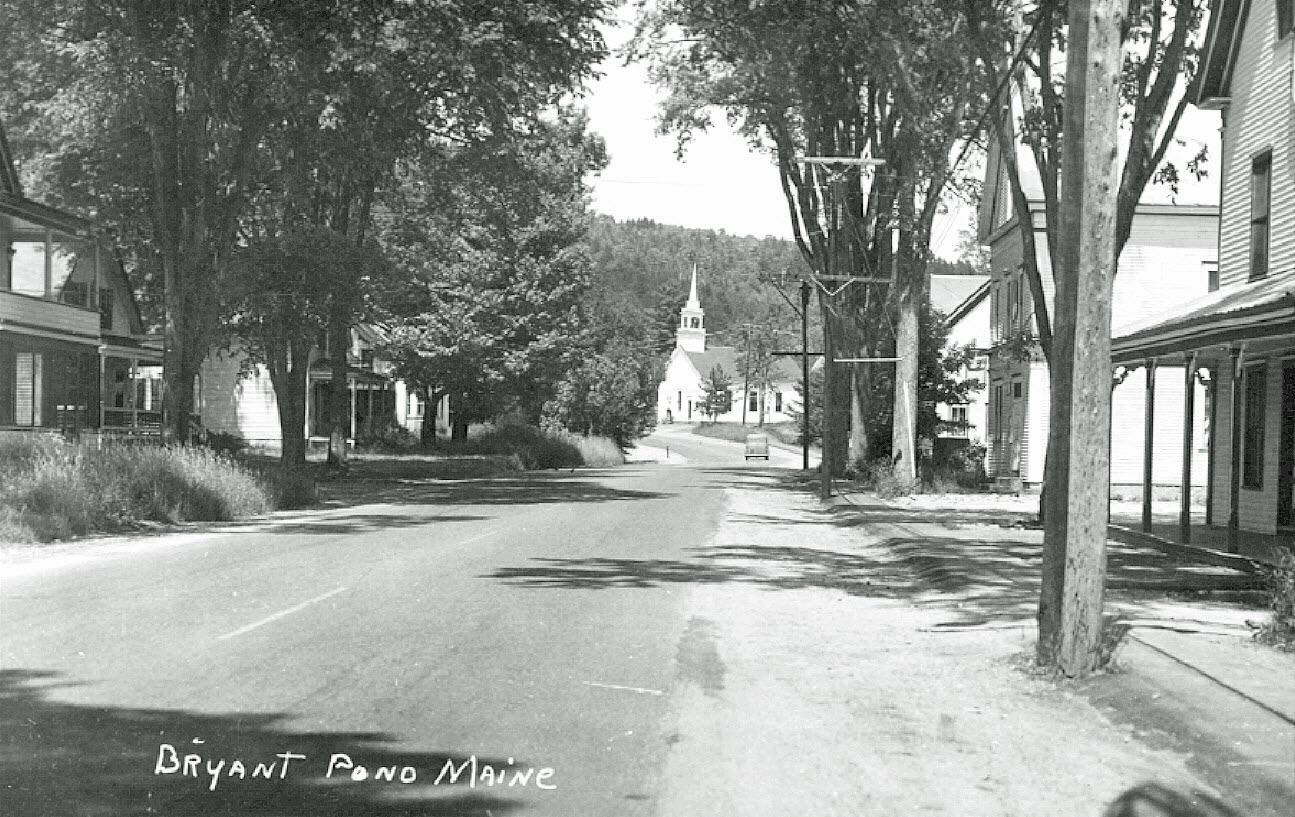 Here at Bryant Pond Baptist Church we trace our heritage back to the end of the 18th and beginning of the 19th century.

“The first settlers in Woodstock were generally church going people, and felt seriously the loss of such privileges after they came into this wilderness. They were Baptists and religious interest commenced with them in 1798. In Stephen Chase’s Journal we find that meetings were held in the homes of the settlers and in school houses, with preaching, the reading of a sermon, or just a social gathering. Stephen Chase became a lay preacher. Jacob Whitman was a pillar of strength in those days, as he expounded the scripture on Sunday and labored all the week on the land.

It was probably 1802 that the first preaching meeting was held in town by Elder John Tripp of Hebron, at the home of Luther Whitman.

In 1802 Elder Tripp baptized two persons. Jacob Whitman and Stephen Chase were appointed deacons to officiate at the first Lord’s Supper to be held in the town of Woodstock.” - Ethel Ford

In 1828, the Hamlin’s Gore Baptist Church and the Woodstock and Greenwood Baptist church were established. The Hamlin’s Gore church never had a meetinghouse, instead meeting at member’s homes and in barns and wherever they could assemble. The Reverend Ransom Dunham was the first pastor. The first Sunday School in the area was established in 1836 at Hamlin’s Gore. By 1843 the church at Hamlin’s Gore had 97 members.

In 1855, both churches voted to merge and build a new meetinghouse in Bryant’s Pond. The meetinghouse was finished in 1856, (for a price of $1,900) and on April 26, 1856 the Bryant Pond Baptist Church was officially constituted.

Through the years since, there have been many changes in the town of Woodstock, and the village of Bryant Pond, but through it all the Bryant Pond Baptist Church has been a stronghold for truth, a hospital for saints, and hope for sinners.